How to behave if you see a snake and you are left alone with it? Where to go if you are bitten by a snake in Bali. Snake bite, first aid. Specifically about dangerous venomous snakes in Bali: 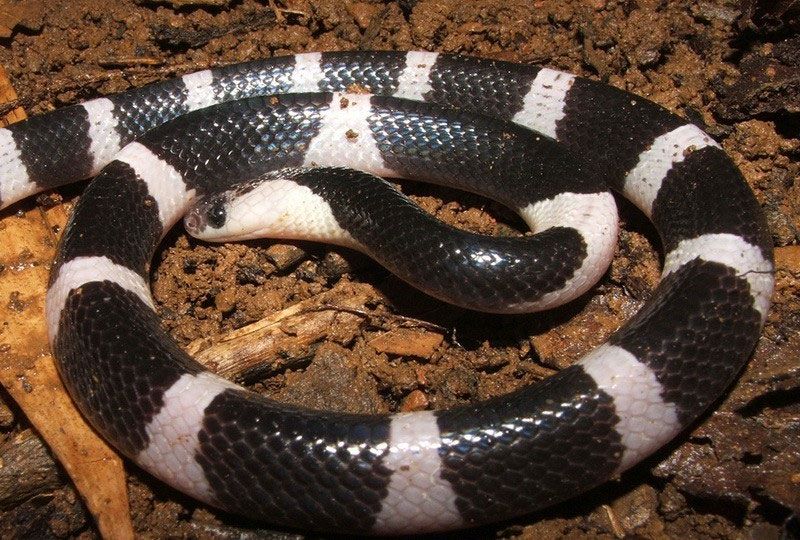 Kraits are deadly poisonous snakes. They can be found on the ground and in the water.

Krait hunt at night and can easily crawl into the house during the darkness. you can learn these snakes by the colour like a zebra. Strips of black (sometimes blue) and white colours alternate on their bodies.

On Bali you can find them in other colours: the black-blue and grey strips. Their length is near 1 meter long.

If you are bitten by a krayt, you must immediately go to the hospital. 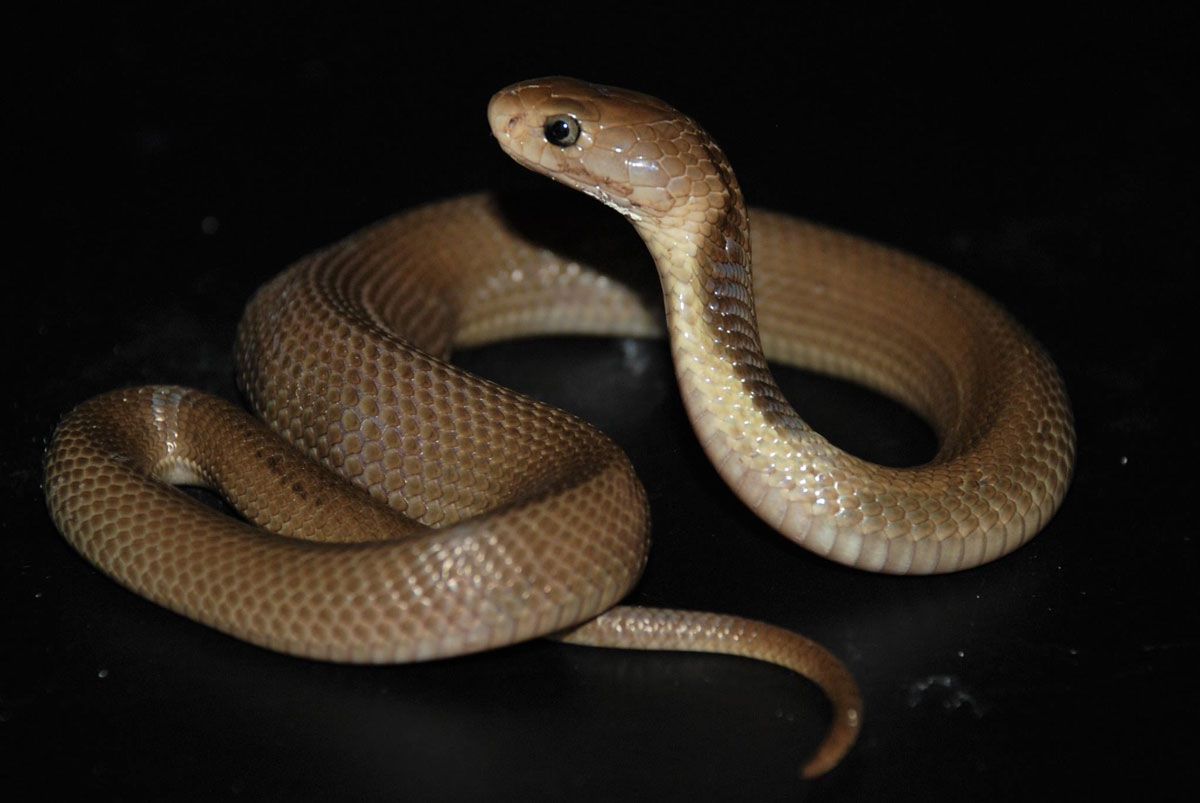 Cobras come in a variety of colors: from black and brown to pale gray. Usually cobra does not attack a person unless they are provoked.

Some types of Cobra can spit the poison for a distance of up to two meters, and then also bite. The bite of the cobra is toxic and dangerous, it is required to immediately go to the hospital. 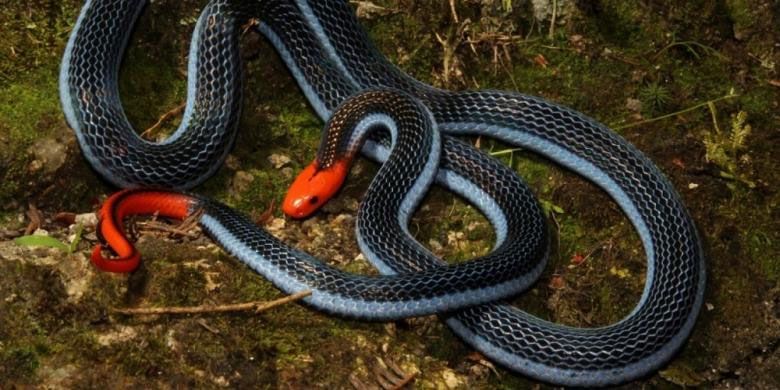 The body is mostly deep blue or black with light blue or white stripes along the lower ventral side of the body. They seem to prefer living under and foraging under and on top of leaves and fallen trees and rocks.

If you are bitten by a Blue coral snake, you must immediately go to the hospital 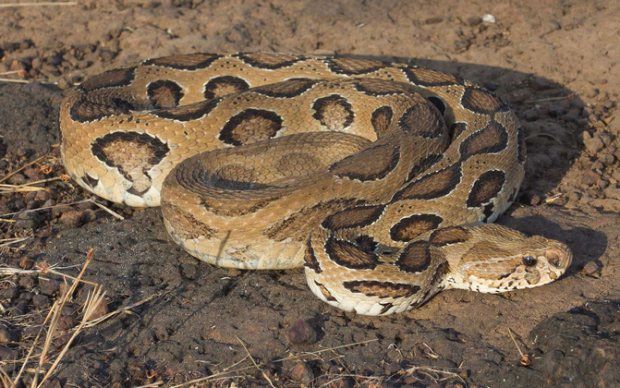 The viper is a master of disguise, and this snake can blend in with any of its surroundings. Vipers' habitats vary across their nearly worldwide range. They live in mountains, rainforests, fields and deserts.

If you are bitten by a viper snake, you must immediately go to the hospital 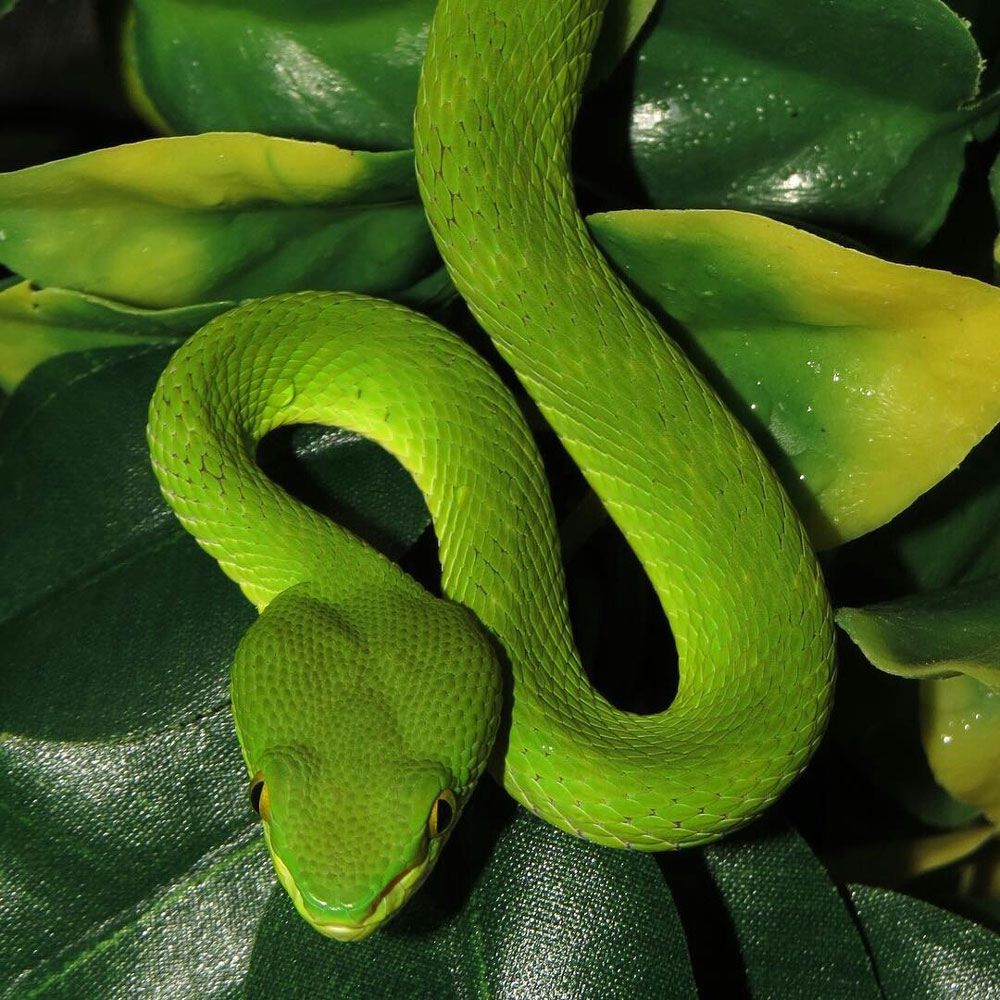 HIGHLY VENOMOUS! Note the triangular head separated from the body by a thin neck. Body is relatively fat and short. Tail is reddish.

It is often found near human settlements. It prefers to stay near to the water. 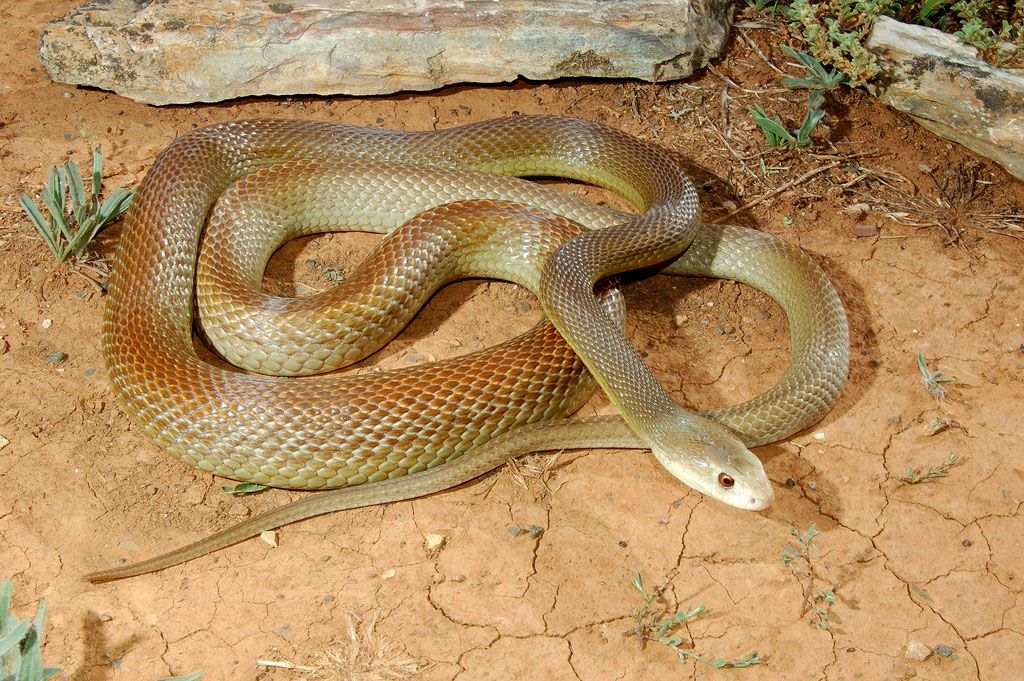 Habitat: found in warm wetter temperate to tropical coastal regions, in monsoon forest, wet and dry sclerophyll forest and woodland, and in natural and artificial grassy areas including grazing paddocks, disused rubbish tips and cane fields, where there is often an abundance of rats. 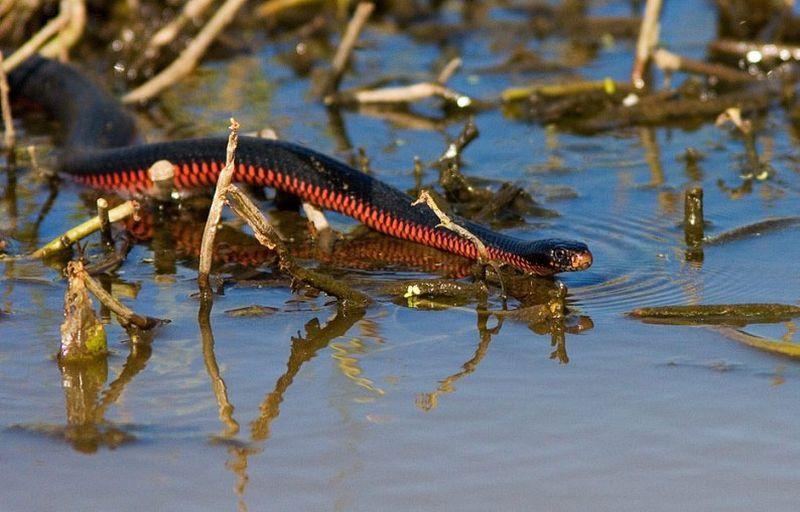 This lesser-known snake is shy, and avoids contact with humans. It prefers drier inland areas.The body is a dark glossy black, with or without cream spots.

Bites are infrequent, and may cause severe local pain and regional lymphadenpathy.

What you should do if bitten by a snake?

Do let someone else drive to the hospital.

It seems obvious, but this is a condition that can worsen quickly. "You might feel fine but going into shock while driving is a supremely bad idea," she said. "Call 9-1-1; it’s worth the ambulance ride."

Do draw on your skin.

Stash a Sharpie in your first aid kit; it could help out your future ER doc by showing the spread of the venom. Draw a circle around the fang marks and note the time. A little while later, draw another loop around the swollen area and write the time again. Each ring shows the progression of the bite, and it can help inform your medical team how much antivenom to give.

Do take off all your jewelry.

Get ahead of future swelling and remove any tight rings or clothes on the same limb as the bite. "It’s considered a tourniquet of the future," Dr. Boyer explained. "Get that wedding ring off because if you don't, they'll cut it off."

Don't elevate the limb right away.

Doctors or EMTs may elevate the site of the bite once they start administering care, but raising it before receiving antivenom can accelerate shock. Keep it in a neutral position (i.e. at the same level as your heart) if possible until you're in expert hands.

Some common first aid measures do more harm than good. Not only will preparing an ice pack waste valuable time, but it can also lead to even more problems. "Things that are flat-out harmful include applying so much ice that you get frostbite," Dr. Boyer said. "Snakebites plus ice equals amputation."

Don't use a tourniquet.

It goes against common perception, but applying a tight tourniquet is absolutely on the don't list, according to American Association of Poison Control Centers.

A compression wrap can help in some cases (read: in other parts of the world), but given the types of snakes in North America and the high probability you're within a few hours or even minutes of a hospital, this will only make things worse.

A long time ago, survival guides advised slashing an X on the site of the wound. The recommendation has since changed, and here's why: "Each corner of the X gets necrotic and dies and then you have a real divot for a scar," Dr. Boyer explained. Plus, it cuts off blood supply from the tissue, slowing healing.

Don't try to suck out the venom either.

Venom goes deep into the layer between the skin and the muscle and it spreads out right away (within a minute of the bite). Therefore it's impossible to suction out venom, and attempts just increase pain and damage unnecessarily.

Rules were taken from this article
https://www.goodhousekeeping.com/health/a20126889/snake-bite-first-aid-treatment/

If you find a snake in your house, we recommend that you contact the serpentologist Ron. Ron will be able to advise you about the sight of snakes, catch a snake from your house.

Here’s How to Support Balinese Dogs (With Little to No Effort)
Walking down the streets of Bali offers a myriad of sensory delights. Roaming street dogs are a consistent part of the Balinese landscape... Explore
Balinese New Year or the DOS and DON’TS on the island

Balinese New Year or the DOS and DON’TS on the island
Imagine if New Years Eve wasn’t about loud parties, but staying at home with no lightning in total silence? In Bali that’s exactly how New Year...Explore
Non Typical But Still Essential ‘To Do List’ in Bal

Temples to Visit when in Java: Prambanan and Borobudur
Yogyakarta — (also Jogjakarta or Jogja) is the capital of culture and heart of indonesian island named Java, spot of world famous religious shrines... Explore
PACKING TO ASIA: An Ultimate Checklist

PACKING TO ASIA: An Ultimate Checklist
Who hates packing as much as loves travelling? Yeah, we’ve all been there! That’s why we created this packing list, that makes it a lot more pleasurable and easier! From now on you’ll never be closing the door and panically thinking whether there’s something you forgot. Let’s go?.. Explore
Monsters and spirits from the Balinese culture 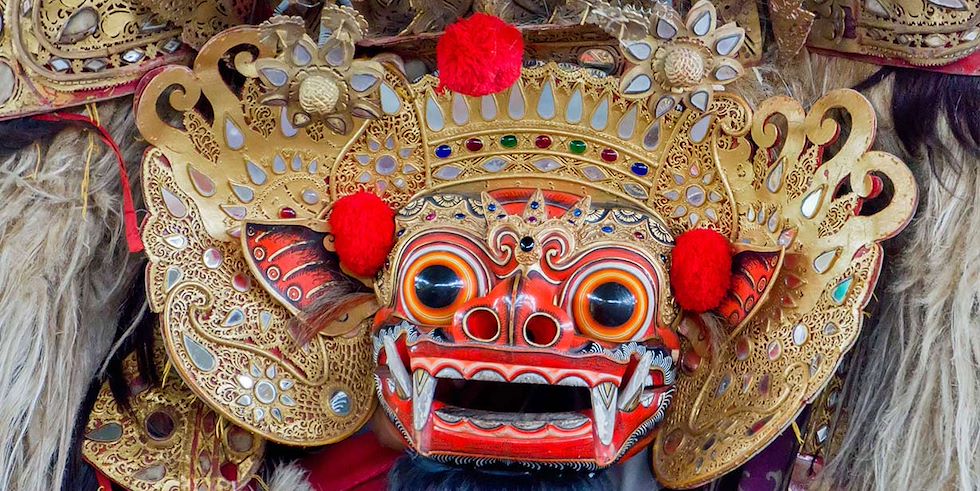 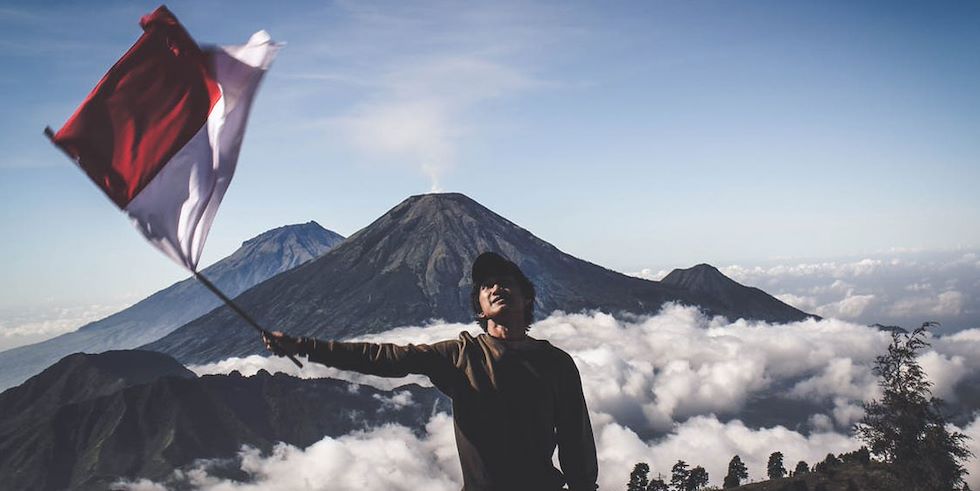 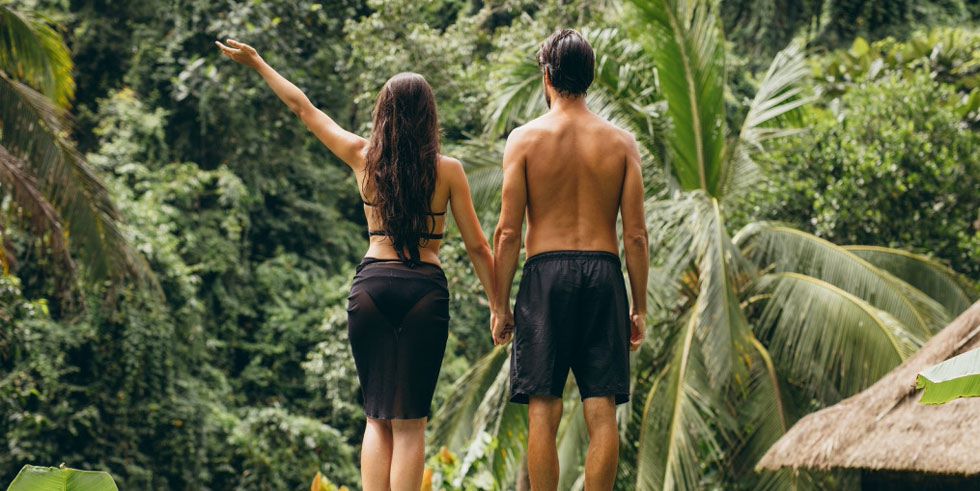 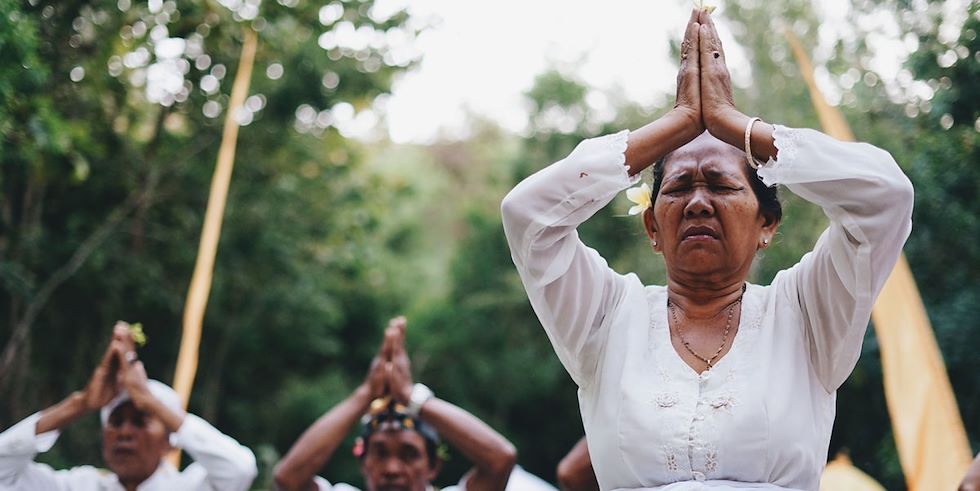 Responsible tourism: tips how to behave in Bali
ndonesians have some special cultural traditions that have nothing in common with the western culture. It’s important to learn them before your travelling to Indonesia. We’ll.... Explore
A Coral Learning Experience 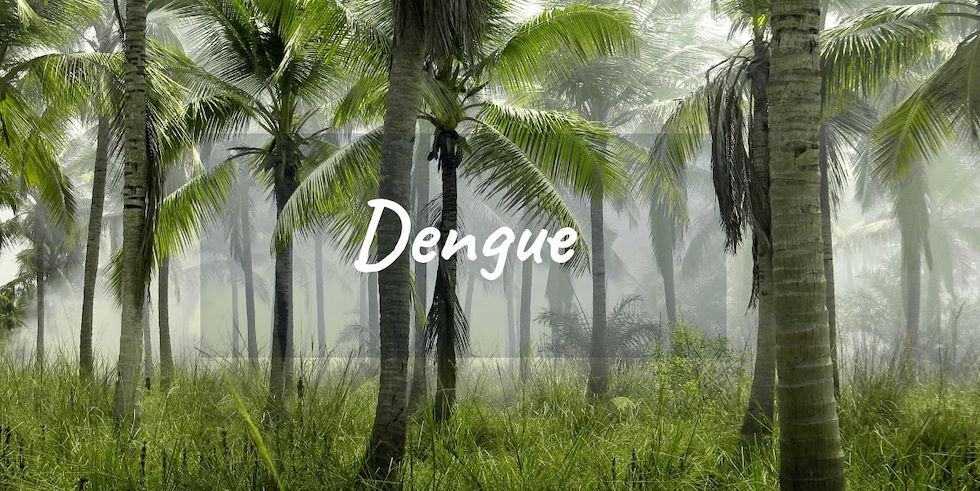 What is dengue?
Dengue fever is most common in subtropical and tropical areas, such as Central and South America, parts of Africa, parts of Asia, the Caribbean, and the Pacific... Explore
A Coral Learning Experience 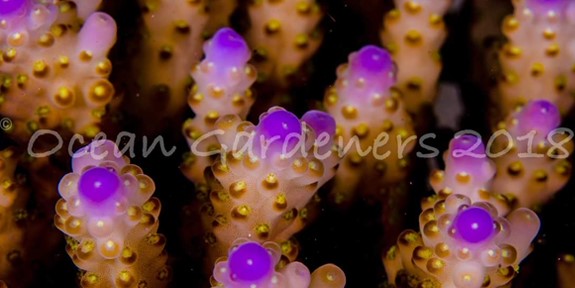 A Coral Learning Experience
That morning, the view on the Candidasa Bay, with Mount Agung overlooking it was magical. The tide was low, the water very calm, it was a perfect day to learn about corals... Explore
21 photos to inspire you to visit Indonesia 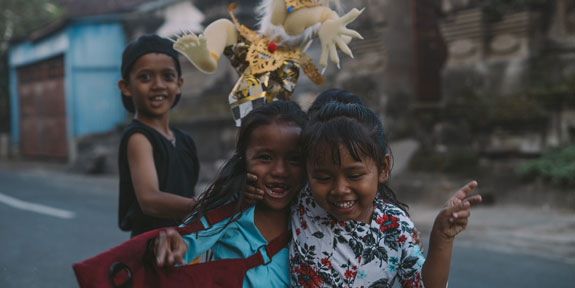 21 photos to inspire you to visit Indonesia
If you are looking for inspiration for your next trip, our photo-article is for you! Explore